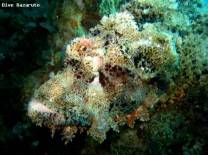 Most Popular Pictures All

Custom Search
Best Dive Movies
Best Dive Photos
Best Dive Sites
Free Subscribe
, if you would like to give Greatest Dive Sites permission, only by request, to upload dive items to your FaceBook account and visa versa.

Mozambique is one of the new upcoming scuba diving destinations in East Africa with plenty of aquatic activities.

Take a look at all the pictures!

Recent diving activity from our members

Situated on Africa's East Coast, the Republic of Mozambique is a country of endless pristine palm-fringed beaches and superb, largely untouched dive sites. The exotic Portuguese-influenced culture and warm, friendly people make for a heady mix of culinary cultural experiences, not to mention undiscovered natural wonders, both above as below the surface, just waiting for you to visit.

Spectacular diving starts near South Africa, at the calm bay and town of Ponta do Ouro, known as a bay that houses many spinner and common dolphins. Slightly up north you can visit subtropical Inhaca Island and Mozambique's capital Maputo. Inhambane is the province that sees the most tourists. Especially the Manta Coast with popular dive resort towns such as Guinjata Bay, Praya do Tofo and Inhambane, all located on the Ponto do Barra peninsula, are well known towns for its excellent scuba diving, white beaches, wicked snorkeling and numerous manta rays. The mainland town Vilanculos offers scuba trips to the Bazaruto Archipelago, an unexplored paradise with superb dive sites. Pemba and the Quirimbas Archipelago are separated from Tanzania by the Rovuma River and offer remote diving at best. Other popular destinations include Pomene, Xai-Xai and Bilene.

The warm waters in Mozambique are relatively unexplored. You can find migrating whale sharks and humpback whales, there are plenty of locations where diving with manta rays is popular and its reefs are teeming with life. Game fish such as dorado, sailfish, marlin, trevally, kingfish but also smaller inhabitants of the ocean such as nudibranch and clownfish are often spotted. You will dive in a colorful world of huge coral formations crowded in dense schools of fish. Mozambique is known as an upcoming holiday destination perfect for scuba diving, families, backpackers and honeymooners.

Take a look at some of the other dive destinations.